Antonio Conte said Friday that no manager in the world would be able to deliver a quick fix at Tottenham, highlighting the club’s inconsistencies over the past two decades.

The Italian, who was appointed in November, has undertaken a rebuild project, with the squad needing major surgery if they are going to get back to the top of English football.

One of their biggest problems has been stark inconsistencies in both results and performances — they won at Manchester City in the Premier League but then lost at Burnley before a defeat against Middlesbrough in the FA Cup.

Conte said that had been the story of Tottenham for the past two decades, which has coincided with Daniel Levy’s reign as chairman.

Tottenham, beaten Champions League finalists in 2019, have not won a major trophy since 2008.

“Tottenham’s story is this, many ups and downs, but to be competitive, to try to win something, to try to fight for something important and become a strong team, the first thing that has to happen is to be stable and avoid these ups and downs,” he said.

“To do this and to change this type of situation that is happening for many, many years in Tottenham, it’s not simple.

“In a short time it’s impossible to do this, not only for me but I think for any manager or coach to come in and change the story in one second. This story of this club for the last 20 years.”

Spurs are back in action when they host Everton on Monday and they have some good injury news, with Rodrigo Bentancur and Lucas Moura back from injuries. 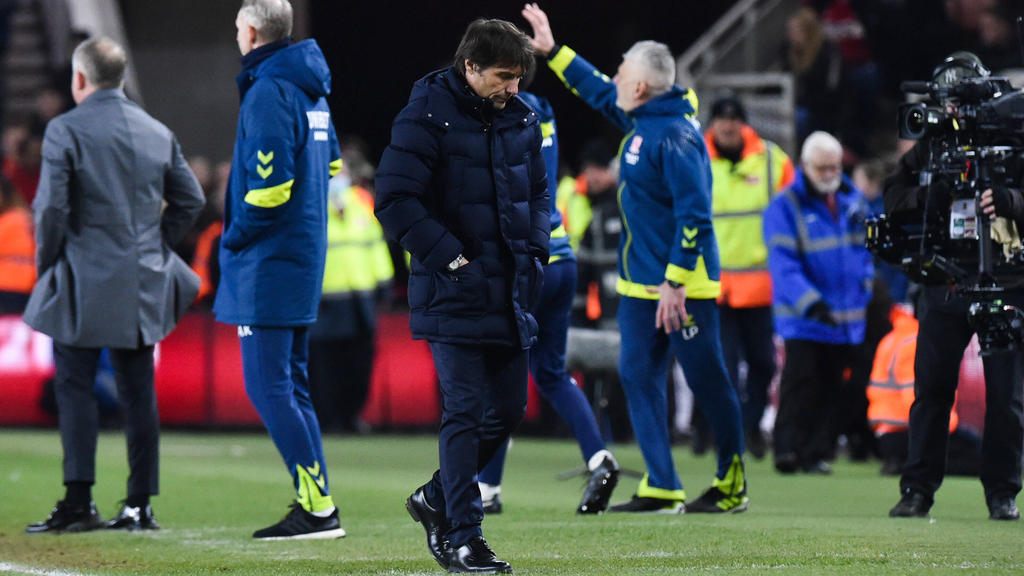